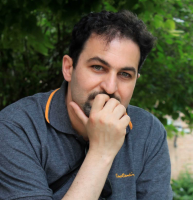 Yas El-Dhuwaib is highly regarded professional surgeon. He tailors the management of surgical condition to each patient individually by offering all options to his patients and helps them choose the right treatment.
Mr El-Dhuwaib has a wealth of experience. He completed his Basic surgical training in Manchester and obtained MRCS and completion certificate of basic surgical training from the Royal College of Surgeon of England. He later enrolled in one of the best training programmes in the country for high surgical training in Yorkshire and subspecialized in advanced colorectal surgery at John Goligher Colorectal Surgery Unit at St James University Hospital in Leeds. He was awarded FRCS and Completion Certificate of Training in General Surgery form The Royal College of Surgeon of England. He completed post training fellowship in Bowel dysfunction and inflammatory bowel disease at The Royal London Hospital, Barts Health. In 2017 he was appointed as a Consultant General and Laparoscopic Colorectal Surgeon at East Sussex Healthcare NHS Trust (ESHT). He also acts as an examiner for the General Medical Council.
He is a keen researcher and he published over twenty articles in peer-reviewed journals and over forty presentations at national and international meetings. He was awarded a number of prizes including Brendan Devlin Prize from The British Hernia Society and he was nominated twice for the prestigious Karl Storz Award from the European Association for Endoscopic Surgery EAES in 2009 and 2013. He completed his MSc in Surgical Practice from University of Kent. He is the surgical lead for Perioperative quality improvement program and the surgical lead for medical Student at ESHT.
Mr El-Dhuwaib has outstanding surgical skills including laparoscopic (keyhole) surgery. He operates and suture right and left-handed. He introduced advanced laparoscopic emergency surgery for bowel pathology and established advanced Trans Anal Minimal Invasive Surgery (TAMIS) for early rectal cancer at ESHT.
Yas is married with two boys and live in Hawkhurst. His wife Suzan works as community pharmacist in Hastings. He enjoys travelling to historic sites and explores different cultures.