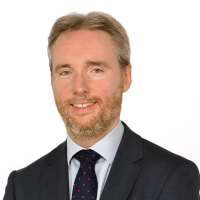 Graduating from the University of Leicester in 2000, Mr McMahon went on to train in Vascular Surgery in the East Midlands. He undertook research into carotid artery disease and was awarded his MD from the University of Leicester in 2011; he was twice awarded the prestigious Sol Cohen (Founder’s Prize) by the Vascular Society of Great Britain and Ireland for his work. He was admitted to the Fellowship of the Royal College of Surgeons of England by examination in 2012.

After completing his surgical training in the UK, Mr McMahon undertook post-certification training in advanced open and endovascular techniques in Christchurch, New Zealand. He was appointed as a Consultant Vascular and Endovascular Surgeon at the Royal Derby Hospital on his return to the UK, and joined the Vascular Surgery team at Glenfield Hospital, Leicester in 2017. There, he has lead responsibilities for the patient safety, morbidity and mortality procedures and also for undergraduate education; in addition he maintains a keen interest in postgraduate training, not least by teaching and lecturing on a number of national courses. He is an Honorary Lecturer in Cardiovascular Sciences at the University of Leicester.

Mr McMahon has a clinical interest in minimally invasive treatments, and performed the first percutaneous abdominal aneurysm repair in Leicester. He also maintains his clinical and research interest in the management of carotid disease.

My personal outcomes are published by the National Vascular Registry. My complication rates and lengths of stay are all within the accepted bounds.