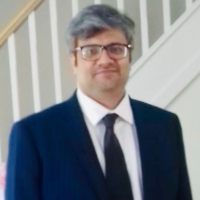 After his membership examination in Obstetrics and Gynaecology (MRCOG) from Royal College of Obstetrics & Gynaecology (RCOG), he obtained the RCOG ATSM certificate in Benign Open and Laparoscopic surgery.

Later in his training, he successfully secured the place for highly competitive RCOG Advanced Training Skills Module (ATSM) in Advanced Laparoscopic Surgery for excision of benign disease at Colchester General Hospital which is a recognised and well reputed endometriosis centre in UK. This gave him the opportunity to enhance his laparoscopic skills by working in multi-disciplinary setting with endometriosis, colorectal, urology and pain teams. After extensive training, Mr. Safdar Rao obtained the certificate of completion.

He is the lead consultant at Colchester Hospital for Complex Gynaecological surgery.

MRCS (Member of Royal College of Surgeons of England)

MRCOG (Member of Royal College of Obstetricians and Gynaecologists)

MRCS (Member of Royal College of Surgeons of England)