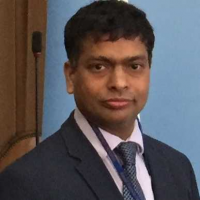 Mr Shobhit Verma is a Consultant Paediatric Trauma and Orthopaedic Surgeon at Luton and Dunstable Hospital.

He has a special interest in Paediatric and Adult Limb deformity correction and Limb reconstruction.

He qualified as an Orthopaedic Surgeon in 1998 from India and pursued advanced training in Paediatric and Adult Sports injuries and Trauma,Complex Orthopaedic trauma with Deformity correction in children / Limb reconstruction at various tertiary referral centres across the UK and Australia.

He has Trauma and Limb reconstruction fellowships from centres of excellence like The Alfred in Melbourne and Flinders Medical Centre in Adelaide, Australia.

He has speciality fellowships in Paediatric Orthopaedics and Trauma from Birmingham Children’s hospital and King’s College, London.

He is also a postgraduate teacher and an invited faculty in various FRCS teaching courses across hospitals in London including King’s College and Imperial College.

He is actively involved in various national research projects in the UK and has number of publications in peer reviewed journals including the BJJ and EFORT .He has presented his work in national and international meetings including BOA, EFORT and SICOT.

He likes to spend his free time cooking for his family, playing squash and cricket.

5)Orthopaedic management of children with disability due to Neuromuscular disease,Cerebral palsy.