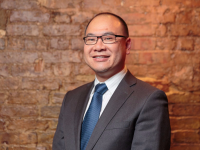 Dr Fu Siong Ng is a Consultant Cardiologist & Cardiac Electrophysiologist at Imperial College Healthcare NHS Trust and at Chelsea and Westminster Hospital NHS Foundation Trust and a Clinical Senior Lecturer in Cardiac Electrophysiology at Imperial College London. He is a Clinical Academic and divides his time between treating patients with heart rhythm disorders, by performing invasive catheter ablation procedures and implanting pacemakers and defibrillators, and directing a programme of research into mechanisms of arrhythmias and developing novel treatments for his patients.

Dr Ng studied Medicine at St. George’s, University of London between 1997 and 2003. He was awarded a First Class (Honours) BSc degree in Medical Sciences & Clinical Pharmacology, having ranked top in his year in multiple examinations, and then obtained Distinctions at his Final MBBS Examinations. He then received his clinical training in Cardiology and Cardiac Electrophysiology at several London hospitals, including Hammersmith and St. Mary’s Hospitals. Dr Ng was awarded his PhD by Imperial College London in 2012 after conducting studies into the effects of gap junction modulation on myocardial structure and function. He then spent a year conducting post-doctoral research in the USA, at Washington University in Saint Louis, conducting optical mapping experiments on explanted human hearts, before returning to Imperial, firstly as an NIHR Clinical Lecturer and now as a Clinical Senior Lecturer and Consultant Cardiologist. Dr Ng is accredited as a Cardiac Electrophysiology Specialist by the European Heart Rhythm Association, and is a Fellow of the European Society of Cardiology.

As a Clinical Academic, Dr Ng directs a research programme at Imperial College London, which is focused on understanding complex arrhythmia mechanisms and developing new technologies and treatments to improve the outcomes of patients with arrhythmias. He has attracted £2.8 million in external research funding in the last 5 years, published >45 peer-reviewed original research papers and has won 14 research prizes. He currently leads on a range of research projects across the translational research spectrum, ranging from optical mapping experiments on myocardial fibrillation, development of novel signal analysis tools for myocardial fibrillation (leading to a recent UK patent application) through to first-in-human clinical studies on low-energy atrial defibrillation studies.

Dr Ng is active in both undergraduate and postgraduate teaching and supervision at Imperial. He has supervised 7 PhD students at Imperial and takes on the role of Deputy Course Director for the BSc in Cardiovascular Sciences from 2019.