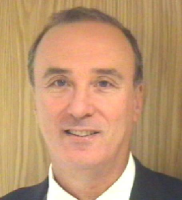 Antonio Pagliuca is Professor of Stem Cell Transplantation at King’s College London and King's College Hospital. After pre-clinical training in Cambridge he completed his clinical and research training in London, and took up the post of Consultant Haematologist and Honorary Senior Lecturer at King’s College Hospital, London, UK, in 1994 becoming Clinical Director of Haematology and Transplant Director.
Professor Pagliuca’s department at King’s College Hospital has one of the largest adult unrelated, haplo and cord transplant programs in the UK, and was designated as a Centre of Excellence by Leukaemia and Lymphoma Research. It became the first centre in the UK to deliver CART therapy for the NHS and indeed treated the first private patient using the commercially available product.
He has published widely in the field of haematological malignancies, stem cell transplantation and infections in this group of patients.
Professor Pagliuca has participated in Department of Health expert working groups and sat on the Royal College of Physicians/Royal College of Pathologists intercollegiate committee for haematology, as well as the National Cancer Research Network (NCRN) haematological malignancies working party. He was the past President of the British Society of Blood and Marrow Transplantation and board member of the British Society of Haematology. He was the Chair of the NHS BMT Clinical Reference Group and more recently as the National Clinical Lead for Regenerative Medicine developing the NHS CART program.