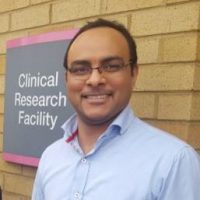 Dr. Sharaf is a Consultant Neurologist at Salford Royal NHS Foundation Trust at Greater Manchester and also works as a visiting Neurologist at Fairfield General Hospital, Bury. In addition, he currently holds an Honorary Lecturer post in Neurosciences at Manchester University, UK where he also regularly teaches medical students.

Dr Sharaf completed his general medical and General Neurology specialist training at North Western Deanery (Manchester) in 2014 and was instantly appointed as Consultant Neurologist in the same hospital.

Dr. Sharaf has a number of scientific and clinical publications in relation to his research and clinical interests.