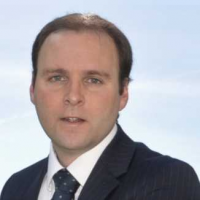 Mr Robert Petrarca MD (Res) FRCOphth MBBS MCOptom BSc (Hons) is a consultant ophthalmologist and ophthalmic surgeon with a NHS post at Epsom and St.Helier University Hospitals NHS Trust. He specialises in cataract and glaucoma surgery and is the lead for cataract surgery, research & IT.

In addition, he has been elected President of the Southern Ophthalmology Society.

Mr Petrarca attended Guy’s, King’s and St. Thomas’ Medical School, London where he graduated with the national Royal College of Ophthalmologists Duke Elder ophthalmology prize, along with two distinctions and six merit awards. In addition, he was awarded a funded scholarship for a clinical elective at the Wilmer Eye Institute at Johns Hopkins University, Baltimore, USA.

His subsequent ophthalmology training was within the London deanery and included King’s College Hospital and Moorfields Eye Hospital NHS trusts and became a fellow of the Royal College of Ophthalmologists. During this time he also completed his MD (Res) research degree at King’s College London into new treatments in ophthalmology.

Prior to his medical training, Mr Petrarca graduated from City University, London with his science degree in optometry and vision science. He worked in primary eye healthcare as an optometrist and became a member of the College of Optometrists.

Mr Petrarca has an active interest in new treatments in ophthalmology and has worked with various biotech and pharmaceutical companies during his research. He has published multiple peer reviewed papers in high ranking international ophthalmology journals, text book chapters and completed several clinical research trials. He has presented at national and international conferences and is regularly invited to give lectures across the UK to various healthcare professionals.

Mr Petrarca supervises and trains various healthcare professionals within a multidisciplinary team including doctors, nurses and optometrists. He is also an advocate of minimally invasive glaucoma surgery (MIGs) to reduce sight loss and the burden of glaucoma treatments.

New Treatments in Glaucoma and AMD

President of the Southern Ophthalmology Society