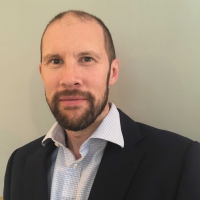 James is a consultant ENT surgeon at Derriford Hospital, Plymouth treating all aspects of general and paediatric ENT conditions and has specialist interests in paediatric ENT, disorders of the ear and Eustachian tube. He gained fellowship sub-specialty training in Otology at Victoria General Hospital, Halifax, Nova Scotia.

He was awarded the Intercollegiate Gold Medal for ranking 1st in that sitting of the FRCS ORL-HNS final consultant examination. He was also voted South West ENT consultant trainer of the year in 2017. His international training has also taken him to the Causse Ear Clinic, Beziers, France, the University of British Columbia, Vancouver, and the IWK paediatric hospital, Halifax, Nova Scotia. He has published extensively in the peer-reviewed literature and presented his work internationally.

In addition to his clinical work he is currently Training Programme Director for Peninsula ENT trainees.