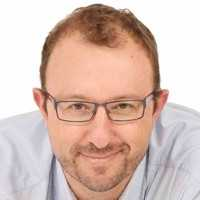 I am currently working as a Consultant Clinical Oncologist at the Nottingham University Hospitals as Stereotactic Radiosurgery (SRS) and Brain Metastases MDT Lead Clinician. I also treat patients with Stereotactic Ablative Radiotherapy (SABR/SBRT) for Oligometastases, Hepatobilliary (HpB) tumours and breast cancer. I have set up the East Midlands Brain Metastases MDT and SRS Service.
I have a broad experience in the field of high advanced radiotherapy treatments. My main expertise is in the area of the Stereotactic Radiotherapy (SRS and SABR/SBRT), with a vast professional experience using Gammknife, Cyberknife, Magnetic Resonance Image Guided Radiotherapy (MRL) and Linac-based platforms to treat metastatic disease as well as primary tumours. I have treated with Stereotactic techniques more than 1000 patients since 2001.
I have been Head of Radiotherapy Department at Leicester University Hospitals for 3 years and Head of Radiotherapy and Radiosurgery at Ruber International Hospital (Madrid, Spain) for 2 years. I have been a Clinical Oncologist Consultant for more than 20 years.
I have been for several years Genesis Care UK SABR Clinical Advisor and SRS Clinical Lead, setting up the SRS Service at Oxford Genesis Care.
I am Honorary (Consultant) Assistant Professor at University of Nottingham.
I am member of multiple National and International Oncological Societies (ESTRO, ISRS, ESMO, RCR, SEOR…).
I am Editor of several International Oncological Journals.
I have published around 39 papers in International Medical Journals, books and meeting presentations.
I am Investigator in several Stereotactic Radiotherapy Trials (CORE, ABC-07, OligoRare, SARON, HALT, SPARC, SCALOP 2), some of them as Principal Investigator.
I have presented dozens of abstracts in Congresses, presentations in International meetings, and attended relevant Conferences.
I was awarded with the UK 1st Prize Macmillan Innovation Excellence Award 2019 for East Midlands Brain Metastases/SRS Service.