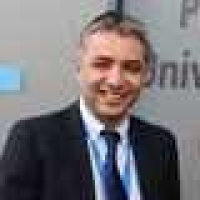 Dr Siamak Arami is a consultant haematologist at London North West Healthcare trust and also an honorary senior lecturer in haematology for Imperial College London. He qualified in Medicine in 2000 and conducted immunology research in primary immunodeficiency syndromes in National Research Institute under World Health Organisation program and completed this at Royal Free Hospital, London.
He specialised in haematology at the St Marys Hospital London and Northern deanery. He received his membership of the Royal College of Physicians and the Royal College of Pathologists in 2008 and 2013, respectively. He did his post graduate fellowship in haematological cancers and stem cell transplantation at Fred Hutchinson Cancer Research Center and University of Washington in Seattle, USA.
Prior to joining London North West Healthcare NHS trust in 2015, Dr Arami took a post as a consultant haematologist at Kings College Hospital in London and developed a particular interest in leukaemia and myeloproliferative disorders. Dr Arami pioneered the digital chemotherapy healthcare solution project in Kings College hospital and monitored the very first patient in UK with chemotherapy healthcare application on Apple technology.
Dr Arami’s research interests include digital health technology and management of patients with leukaemia and myeloproliferative disorders. He has been an investigator in a large number of practice changing national and international trials. Dr Arami worked as the lead for chemotherapy services and is currently the Imperial college tutor for haematology training program at London North West Healthcare NHS trust.