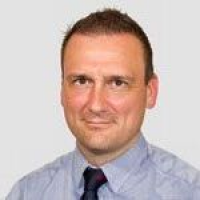 Mr Miskovic is a Consultant Colorectal and General surgeon. He has specialized in General and Colorectal Surgery and has a special interest in the surgical treatment of bowel cancer, with a focus on advanced minimally-invasive surgery, such as laparoscopic (key hole), trans-anal and robotic surgery. In addition he has a specialised practice in other aspects of General and Colorectal Surgery, such as proctology (haemorrhoids, piles, anal fissure, prolapse) and hernias (inguinal/ groin hernia, incisional hernia, epigastric hernia). He has a unique practice in robotic surgery which allows higher precision and reduces length of hospital stay. He has authored over seventy publications and book chapters and holds a PhD in laparoscopic colorectal surgery training from Imperial College London. He has an active research interest in surgical education, quality in colorectal cancer surgery and surgical technology.

He completed his surgical training in Zurich/Switzerland and has permanently moved to the UK in 2007. After training as a registrar in Surrey and completion of the PhD in London, he had subspecialist training in minimally-invasive surgery as a fellow at the Queen Alexandra Hospital in Portsmouth. Subsequently, he was appointed as an Associate Professor and Consultant Surgeon at the University of Leeds and St James’ University Hospital in Leeds. In 2017, he was appointed as a consultant at St Mark’s Hospital with a main clinical focus on colon and rectum cancer.