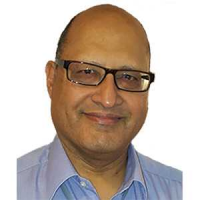 Professor Zulf Mughal graduated in medicine from the University of Liverpool, UK, in 1978. He received postgraduate training in Paediatrics at hospitals in Manchester, Liverpool, in the UK and in Cincinnati, USA. He was appointed a Consultant Paediatrician in 1988. He is currently employed as a Consultant in Paediatric Bone Disorders at the Royal Manchester Children’s Hospital. In 2013, he was appointed Honorary Clinical Professor in Child Health at the University of Manchester.