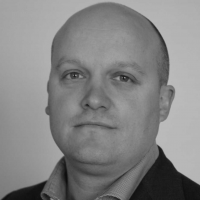 Paul completed his medical training at Imperial College, London, in 2002 and entered higher surgical training in the London and Kent, Surrey and Sussex Deanery before being awarded his Certificate of Completion of Training in General and Vascular Surgery in 2017. His final two years of training at St George's Vascular Institute and St Thomas' Vascular Unit in London included an interventional fellowship where he became proficient in keyhole angioplasty techniques for restoring blood flow to the legs.

Between 2009-11 Paul underwent a period of formal research training at St George’s, University of London, and was awarded an MD for his thesis examining the outcomes of patients undergoing limb saving bypass surgery or angioplasty in England. Paul has published and presented extensively on the subject of lower limb revascularisation, limb salvage, the management of diabetic foot problems and varicose veins. He continues to be actively involved in research in this rapidly expanding field. In 2015 he completed a Masters in Surgical Education (MEd) from Imperial College that paved the way for his interest in teaching and training. In 2016 he became a Fellow of the Royal College of Surgeons of England.

Paul was appointed Consultant Vascular Surgeon at St George's and Kingston Hospitals in April 2017. His practice encompasses all aspects of vascular surgery from varicose veins to carotid disease but he has a particular focus on peripheral vascular disease. He has an interest in keyhole angioplasty techniques for opening arteries and 'hybrid' techniques that combine keyhole and open surgery to restore blood flow. In 2018 he was appointed Honorary Senior Lecturer at St George's University of London.

In 2019 Paul was appointed to the Council of the British Society of Endovascular Therapy and became Care Group Lead for Vascular Surgery at St George's Hospital.

I regularly give GP update talks at Spire St Anthony's Hospital, The New Victoria Hospital and in GP practices on request.

Royal College of Surgeons of England