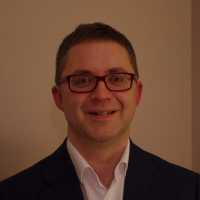 Dr Spears graduated from the University of Glasgow in 2000. During his training he spent several years working in academic centres in England, initially the Queens Medical Centre in Nottingham, followed by the Royal Brompton Hospital Respiratory Unit in London.

On returning to Glasgow Dr Spears completed a PhD under the tutelage of Professor Neil C Thomson, and subsequent Clinical Lecturer post leading to several publications, and a research interest in corticosteroid insensitive inflammation within the lung.

Since his appointment as a Consultant Respiratory Physician initially at Forth Valley Royal Hospital in 2014, and subsequently NHS Tayside, he has developed expertise in the assessment and treatment of breathlessness, severe asthma, interstitial lung disease, chronic cough and bronchiectasis.

Given the prevalence of allergic disease in severe asthma, and his desire to provide holistic care, Dr Spears’ has completed an MSc in Allergy via Imperial College, London. As a result he is confident in the assessment and treatment of adults with allergy, and offers assessment of perceived penicillin allergy and the conditions that commonly occur alongside asthma.