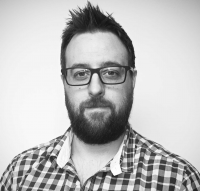 Mr Campbell assesses and treats athletes from a wide variety of sports. He has been actively involved in all levels of British sport as an athlete from amateur and semi professional rugby to international and elite Handball with Team GB based out in Denmark.

Mr Campbell is a consulting Podiatrist and works across a myriad of sports, he has worked with Sport Scotland, Salford Reds, Sale Sharks, British snooker, Scotland FA, Team GB and Everton FC to name a few.

He is currently lecturing in Podiatry, specifically sports and MSK at the university of Salford and remains active in competitive sport as an athlete.

Mr Campbell has worked in the NHS up until recently as an extedended scope practitioner specialising in treatment and diagnostics of the lower limb as well as foot and ankle pathology.

Combination therapy in treatment of the lower limb. Combining mechanical correction when required with corrective exercise and conditioning work and also looking at utilisation of orthoses for Olympic lifting in sport and S&C.

Weight training and all manner of sports!