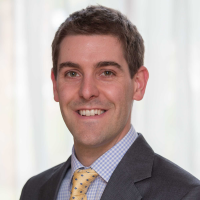 He provides routine and specialist care for children in London, the South East of England, and across Europe. Common problems include children with snoring and sleep apnoea, nasal blockage, hearing loss and ear infections, airway and breathing problems, tongue tie, lumps in the neck.

Mr Pepper graduated with Distinction from Guys, Kings and St Thomas Medical school, and completed his basic and higher surgical training in and around London. He was awarded a specialist fellowship in children's ENT at Great Ormond Street Hospital, before taking up his substantive consultant post at the Evelina London Children's Hospital at Guys and St Thomas Hospital.

I talk frequently on all manner of children's ENT problems, from a medical school level to consultant and GP level