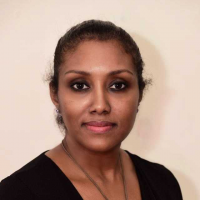 Miss Annette Reid Qualified with Distinction from Guy’s, King’s and St Thomas’ Hospital, University of London in 2002. Prior to this, in 1997, she obtained a BSc (Hons) degree in Biomedical Sciences. She undertook three years of surgical training before embarking on a career in obstetrics and gynaecology. She achieved a Postgraduate Diploma with merit from the University of Surrey in Advanced Gynaecological Endoscopy (2015). She is experienced in early pregnancy and gynaecology ultrasound following honorary training at King’s College Hospital in London. She is interested in general gynaecological problems including pelvic pain, abnormal bleeding,heavy periods,ovarian cysts, endometriosis, early pregnancy problems, prolapses and benign cervical and vulva conditions. She is a registered colposcopist with the British Society for Colposcopy and Cervical Pathology (BSCCP) and is currently clinical lead for benign vulva conditions at the Royal Surrey County Hospital where she was appointed as a consultant in 2015.

She always takes time to listen and work with patients to deal with their concerns.