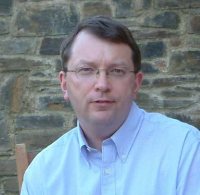 David Morgan BSc, MB ChB, FRCS, FRCS Otol. is a part-time NHS Consultant ENT Surgeon at Heart of England NHS Foundation Trust and Associate Professor at the Clinical Research Institute, University of Warwick. He qualified at Birmingham Medical School in 1981 and undertook surgical training in London, Boston, Sydney, Hong Kong and Bombay. He was appointed as a Consultant Otolaryngologist and Skull Base Surgeon at Birmingham Heartlands and the Professorial Unit in Neurosurgery at University Hospital Trust in 1992. He was Clinical Director of ENT Services from 2012-2015 and then became Director of Specialist and Community Audiological Services from 2015-2016 when he assumed a part time Senior Consultant role in the ENT Department.
During his career he has delivered Tier 1 specialised care in Head and Neck Cancer, Anterior, Lateral and Posterior Skull Base Surgery, Snoring and Sleep Apnoea, Paediatric Airway and Otology, Balance Disorders and Specialised Audiology. He is currently an Advisor on the Consultants Appointments Committee at the Royal College of Surgeons of England and in addition has published over 80 medical publications.