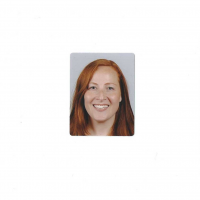 I am a Registered Practitioner Psychologist with the Health and Care Professions Council (HCPC), a Chartered Psychologist and Associate Fellow of the British Psychological Society.

From 2000-2014 I worked for the National Offender Management Service (Prison Service)
with roles including:

Between 2014 and February 2017 I was employed by the National Health Service as a High-Intensity Cognitive Behavioural Therapist specialising in treating clients with anxiety disorders and depression.

I am a psychologist member of the Parole Board, carrying out risk assessments on indeterminate offenders to determine whether they can be safely released into the community.

I also work privately as a psychologist, cognitive-behavioural therapist and behavioural couples therapist. I am passionate about the work that I do, which is driven by seeing the positive results that a cognitive-behavioural approach can achieve. My style is warm and collaborative, believing that recovery occurs when the client understands their difficulties and the triggers for them and learns the skills and techniques to combat and overcome them. ​