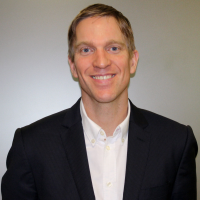 Paul Harnett is a Consultant Orthopaedic Surgeon specialising in pelvis, hip and knee surgery. Half of his time is dedicated to hip and knee replacements including revisions and sports trauma such as knee ligament surgery (ACL, PCL and meniscus tears). The other half of his time is spent dealing with major trauma and complex fracture surgery including acetabular reconstruction and open fractures. His NHS base is King's College Hospital in London, which is one of the leading major trauma centres in the country and a highly respected teaching hospital.

Paul is a graduate of the University of Bristol Medical School and he also has a BSc in Sports Medicine. He became Fellow of the Royal College of Surgeons (FRCS) in 2010, and completed his Specialist Registrar training in Trauma and Orthopaedics on the Imperial College North West Thames rotation.

He acquired his sub-specialisations during a number of prestigious competitive fellowships in Vancouver (Canada), the Hospital for Special Surgery in New York, the Elective Orthopaedic Centre in Epsom and the Royal London Hospital.

Paul is involved in research including identifying enhancements to wound healing and is a reviewer for a number of orthopaedic journals. He is also committed to the training of junior surgeons.

Paul is a keen amateur sportsman competing in triathlons and endurance racing. He was also an international downhill ski racer during his early years growing up in Canada. He lives in West London with his wife and young family.