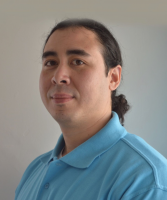 Clinical Interests: Back pain, neck pain, sports injuries, sports performance, functional assessments
Roy graduated with a Master of Chiropractic degree from the Anglo-European College of Chiropractic in 2010. During his clinical internship he developed an interest for treating and managing sports related injuries amongst athletic populations. He pursued this interest by working alongside local rugby and basketball clubs in Bournemouth and Southampton respectively.
After qualifying he moved to London where he accepted an associate position in West London. While in practice he simultaneously undertook post-graduate chiropractic training focusing on the treatment and management of conditions of the extremities in Oslo, Norway.
In 2012, he was accepted into the Masters program at University College London where he studied Sports Medicine, Exercise and Health. His research during this period focused on the role of trunk endurance in the performance of rugby players. He graduated in 2015 prior to becoming a team member of Healthplus Clinics.
Roy’s professional interests lie in the treatment of spinal and sports related injuries particularly in sporting and general populations. Using an evidence-based approach, he aims to provide a standard of care that is both individualized and best suited to a patient’s specific needs and goals. He utilizes a variety of techniques alongside a carefully planned management strategy emphasizing both the structural and functional components of the body in order to ensure optimal results.
Roy is a registered member of the General Chiropractic Council as well as a member of the British Chiropractic Association.