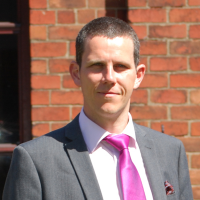 Dr Clark is a Consultant Clinical Oncologist at the Beatson West of Scotland Cancer Centre and BMI Ross Hall Hospital. He underwent post-graduate training in Glasgow and the surrounding area, trained as a Specialist Registrar at the Beatson, before being appointed as a Consultant in 2010.

Dr Clark specialises in the non-surgical treatment of lung cancer, including chemotherapy, radiotherapy, targeted therapy and immunotherapy. He is also involved in a number of clinical trials and an ongoing Stratified Medicine Program. He also treats mesothelioma and rarer thoracic tumours such as thymoma and adenoid cystic carcinoma.

Away from clinical practice, Dr Clark has been an active Fellow of the Royal College of Radiologists, former member of the FRCR Part 2A examination committee and co-chair of the committee from 2014-2016. He is currently the lead clinician for lung cancer in Ayrshire and Arran and lung cancer team leader at the Beatson.