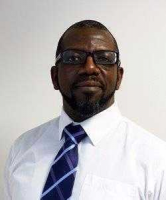 Dr Lindo graduated from the Royal London and St Bartholomew's hospital in 1996 and trained in those hospitals and other hospitals in the region including UCLH and the Royal Free hospital. He is a Consultant Gastroenterologist at Basildon Hospital having been appointed there in 2009.

Dr Lindo is interested in and has experience in a wide range of gastrointestinal disorders, and is a colonoscopist on the national Bowel Cancer Screening Programme which requires a higher than standard colonoscopic ability.

Dr Lindo is a Fellow of the Royal College of Physicians. Appointments to see him can be made through his PA.