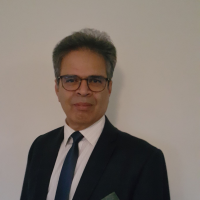 Mr Sheikh is a UK and Ireland trained Urological Surgeon and has worked as a Registrar and Senior Registrar in both countries.

Mr Sheikh's laparoscopic surgical skills have been attained in France and specialist keyhole kidney stone removal techniques have been acquired in the Netherlands. Mr Sheikh has worked as a consultant urologist in Sunderland Royal Hospital, Sandwell and City Hospitals Birmingham.

Mr Sheikh holds fellowships of Royal College of Surgeons in Ireland and European Board of Urology, a Masters from the University College London and memberships of prestigious medical societies:

Mr Sheikh is currently working as Consultant Urological Surgeon with Basildon and Thurrock University Hospitals. He is the Lead Clinician in Paediatric Urology.