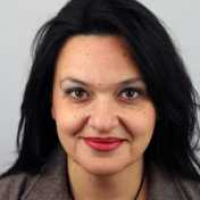 Ms. Pissanou received her board certification in General Surgery from the University of Athens, Greece. Later, practicing as a Junior Consultant Surgeon at the Athens Euroclinic. Since moving to England in 2006 Ms. Pissanou has continued her specialisation in Hepatobiliary, Liver Transplantation, and sarcoma surgery, at The Queen Elizabeth Hospital, Birmingham, The Freeman Hospital, Newcastle, and Royal Free Hospital in London, achieving the post of Consultant Surgeon in December 2011.

Ms. Pissanou's main research interests are in organ preservation for transplantation, and liver regeneration. She is passionate about promoting organ donation in the UK, chairing many National Comities with a special interest in live donor liver transplantation.

Ms. Pissanou is an active member of many scientific surgical societies including IHPBA, ILTS, ESOT, and BTS.

Research project: Radiofrequency Ablation as a haemostatic tool for parenchymal organ injury(liver-spleen-kidney). A part of this project: R.F.A. as a haemostatic tool in grade III and IV liver trauma, is my Doctoral Thesis.
Currently, my main research interests are in organ preservation for transplantation using novel technologies and liver regeneration after two-stage hepatectomy (ALPPS)

An accessory left hepatic vein draining into the atrium separately: a rare unique finding during liver retrieval and a challenge for reconstruction of the cava prior to implantation.
Transplant Proc. 2014 Sep;46(7):2443-5.