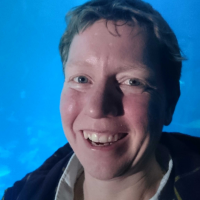 Having completed my training in general medicine and general cardiology in Glasgow, I obtained a PhD in cardiac cellular electrophysiology looking at the progression of ventricular fibrillation in ischemia, an area in which I have published widely. Following this, I became a clinical lecturer at the University of Manchester and began my training in clinical electrophysiology and device implantation at the Manchester Heart Centre. During this time, I researched and published on many aspects of atrial fibrillation and inherited arrhythmia. To further my clinical experience I undertook a clinical electrophysiology fellowship at the prestigious Queen’s University, Kingston, Ontario. I have been working as a consultant cardiologist at Castle Hill Hospital since Feb 2014, and alongside Neil Hobson, have expanded the regional arrhythmia service.

As an experienced practitioner, I delighted to offer thorough examination and work-up of all arrhythmic conditions including inherited arrhythmias. I perform the full spectrum of cardiac ablations including complex ablations of conditions such as atrial fibrillation and atrial tachycardia. Alongside Mr Chaudhry and Prof Loubani, I had developed the regions first hybrid AF ablation programme which offers higher success rates for persistent and longstanding AF. For heart failure and inherited arrhythmia patients I can offer implantation of all cardiac rhythm management devices including defibrillators and biventricular pacemaker/defibrillators.

I am passionate about increasing the coordination of arrhythmia services across the Humber region. To facilitate this I have been instrumental in establishing and leading the weekly regional advanced arrhythmia and rhythm device multidisciplinary team meeting.

In recognition of her ongoing research activities, Dr Caldwell has been made an Honorary Senior Lecturer in Cardiology at Hull York Medical School. She is establishing collaborations with the Engineering department to advance the knowledge of signal processing of cardiac rhythm in health and disease.

As a true Celt, I can’t stop my feet from tapping along to folk music. Along with my flute and penny whistle I can often be found taking part in jam sessions across the East Ridings.

Member of ESC council on stroke