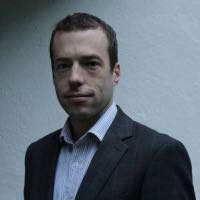 Dr Huggett is a Consultant with specialist registration in Gastroenterology and Hepatology and practises within all areas of bowel and liver disease. He is one of the few physicians in the UK with a major interest in pancreaticobiliary disease and performs advanced level endoscopy including EUS and ERCP, as well as general endoscopy and colonoscopy. His training involved experience at major centres in London including the Royal Free Hospital, King’s Liver Unit and St Mary’s Hospital; followed by a fellowship in advanced endoscopy at the Freeman Hospital in Newcastle. His ongoing research interests include gastrointestinal cancer, chronic pancreatitis, autoimmune pancreatitis and sphincter of oddi dysfunction, and he was awarded a PhD from University College London in 2014 following his work into DNA replication in pancreatic cancer. He is Honorary Secretary of the Pancreatic Society of Great Britain and Ireland and is involved in training doctors in advanced endoscopy. He was appointed as a Consultant Gastroenterologist in Leeds in 2014.