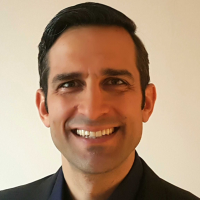 I trained in Neurology in Oxford and the National Hospital for Neurology and Neurosurgery, London. I took up my current post as Consultant Neurologist at the Great Western Hospital in 2013.
In addition I undertake specialist epilepsy clinics at the John Radcliffe Hospital, Oxford, where I am also involved in the Oxford Epilepsy Research Group.
I hold educational roles for Oxford University as Honorary Senior Clinical Lecturer in Neurology, and Bristol University. I am also Training Program Director for the Neurology specialist training in Oxford.

I am happy to give seminars and talks to GPs on any aspects of neurology. I am keen to support my primary care colleagues in the practical approach to common neurological symptoms and problems.