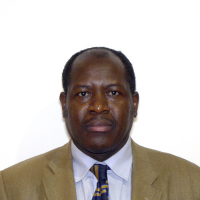 Mr Charles Dohvoma graduated from the University of Bristol (UK) in 1986 and later obtained a fellowship in Oral Surgery from the Royal College of Surgeons Ireland.

After completing his house job at St Thomas' Hospital London, he continued his training at the Bristol Royal Infirmary/Dental Hospital, Royal Preston Hospital, Whittington and St Bartholomew's Hospitals in London. He undergoes regular continuous professional development in all areas of his practice. He has extensive experience in the management of conditions of the mouth and face.

Mr Charles Dohvoma is a Consultant Oral Surgeon working at Nobles Hospital in the Isle of Man and also has an Honorary Contract with University Hospital Aintree Regional Maxillofacial Unit in Liverpool.