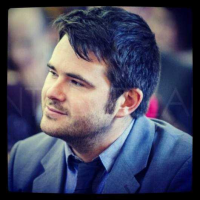 Dr Conn O’Neill created Perfect Spine Chiropractic Clinic out of an eagerness to deliver high quality, natural health care to the community without the need for drugs and surgery.
After being introduced to Chiropractic as a teenager, seeking treatment for a sports injury, Conn realised the power of Chiropractic and decided it was the path for him. During the last 15 years he has served people from all walks of life, each with individual goals.
Conn completed the five year Masters degree program at University of South Wales in 2009 and then moved to London. For the past 10 years, he has been practicing in London and has worked for the two biggest chiropractic companies in Europe treating elite athletes, actors in Game of Thrones and even a former Bond girl.
Conn's primary interest has been to change the underlying structural cause to mechanical pain and therefore influence optimal health. Conn is so dedicated to this form of chiropractic, he has travelled thousands of miles around the world and invested his personal time and money so he can implement the most advanced, cutting edge, evidenced based therapy. He was awarded CBP certification in 2017 and he is one of two chiropractors in Ireland that is qualified in this specialised technique.