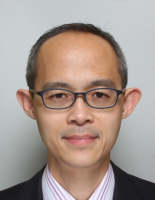 Dr Yen Tai was trained in neurology in Cambridge and London. He has been a consultant neurologist at Hillingdon and Charing Cross Hospitals since 2012. Apart from general neurology, Dr Tai also has subspecialty interests in movement disorders (including Parkinson's disease), headaches, stroke and epilepsy.