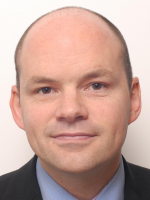 Mr Andrew Cruise graduated in Medicine from the University of Southampton. He trained in general Ear, Nose & Throat surgery at Charing Cross, Barts and Northwick Park Hospitals in London. He undertook specialised training in Otology at The Royal Free and The Royal National Throat, Nose and Ear Hospitals. In 2010 he spent 6 months in Sydney performing further specialist otology training. After a year as Senior Clinical Fellow at St Mary's Paddington he was appointed for a year as Ear, Nose and Throat consultant at Princess Alexandra Hospital, Harlow.
In Nov 2012 he was appointed as Consultant ENT Surgeon with special interest in otology at Ashford and St Peter's Hospitals.