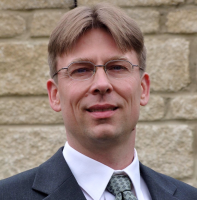 Mr Kordas is a Consultant Orthopaedic Surgeon with over 20 years experience.

After his training in the treatment of a broad spectrum of common hand, elbow, shoulder, hip and knee conditions then had further training in shoulder surgery in Swindon followed by formal fellowship training in complex hip and knee replacement surgery and hip arthroscopy in the University Hospital of Coventry and Warwickshire. He holds a Ph.D degree in cartilage research and is the author of several papers published internationally on this subject as well as on aspects of hip surgery.

In his clinical work he performs hip replacements including cemented and uncemented techniques and minimally invasive surgery. In the knee he uses both total and partial replacements including patello-femoral implants depending on the areas affected by arthritis. Knee arthroscopy is a major part of his work including operations for cartilage tears and instability.
He performs routine hand surgical procedures such as carpal tunnel release, trigger finger release, Dupuytren`s contracture and ganglion surgery.

I can offer educational sessions on the diagnosis and treatment of hand, hip and knee conditions as well as injection workshops for interested GPs and physiotherapists.