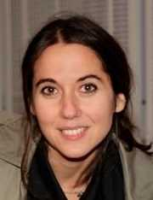 Professor Christina Fotopoulou trained in 2002 in obstetrics and gynaecology and subspecialized in gynaecological oncology at the Charité University Hospital of Berlin in the surgical and systemic treatment of women with advanced gynaecological malignancies. She is a Consultant Cynecological Oncologist in the Imperial College London Healthcare Trust in Queen Charlottes Hospital in London, and is a principal investigator of the Ovarian Cancer Action Research Centre, UK.
She has been the Vice Director of the Clinic for Gynecology at the Charité in Berlin, one of the largest reference and accredited centers for gynecological cancer in Europe, as well the Principal Coordinator of the European Competence Center for Ovarian Cancer.
Her principal area of expertise lies in exenterative procedures for advanced forms of pelvic malignancies, in the ultraradical cytoreductive procedures for primary or relapsed ovarian cancer and the investigation of predictive and prognostic biomarkers of surgical and clinical outcome. Her further area of focus is bioengineering and implementation of novel bioengineering methods in cytoreductive surgery for advanced ovarian cancer.
She is an active member of the clinical guidelines group of the BGCS and the German AGO- Ovarian Cancer Steering Group and has been the Chair of the guidelines committee of the European Society of Gynaecologic Oncology.
She is on the editorial board and reviewer of numerous international gynaecological and oncological journals and is member of various international oncological committees, including SGO, BGCS, ASCO, ESGO, IGCS, ESMO, ENGOT, AGO and NOGGO.