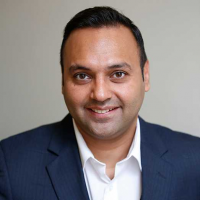 Majed Shabbir was appointed as a Consultant Urological Surgeon to Guy's and St Thomas' Hospital in 2012. He is the Clinical Lead for one of the largest tertiary referral services for Andrology, Male Infertility and Genito-urethral Reconstruction in the UK.

He organises and has run a number of national postgraduate andrological training courses including the BAUS Section of Andrology Microsurgical Vasectomy Reversal/Infertility course. He is the co-founder and organiser of the renowned AGOUR course for the FRCS (Urol). He is the Tutor for Male Factor Infertility for The British Association of Urological Surgeons (BAUS), the British Fertility Society (BFS), and the Royal College of Obstetrics and Gynaecology (RCOG), as has been a Surgical Tutor for Andrology to the Royal College of Surgeons of Edinburgh (RCS Edin).

He has been a Specialist Advisor to the National Institute of Clinical Excellence (NICE), and has been an elected member of the BAUS Section of Andrology National Executive Committee since 2014. He served as Secretary of the Committee from 2018, and has now been elected Chair of the committee.
He has been a panel member of National Guideline Committees. He has been invited at a Guest Speaker at a number of International meeting including the European Association of Urology (EAU) and ESHRE teaching courses, and has been an Internationally Invited Surgical Mentor on several occasions.

Majed has published a number of clinical papers on genital reconstruction and penile cancer, as well as close to 20 book chapters on andrology, penile reconstructive surgery and penile cancer. He was awarded the Royal College of Surgeons of England Simpson Research Fellowship Grant in 2002 and the International Cardura Award for Urological Research in 2003. He has since won a number of other awards for research and was appointed as an Honorary Senior Clinical Lecturer at King's College London in 2019.

He performs a range of general urological procedures and has a specialist interest in genital reconstruction, urethroplasty, Peyronie’s disease, erectile dysfunction including implant surgery, and the investigation and management of male factor infertility.

He was appointed as an Honorary Senior Clinical Lecturer at King's College in 2019.