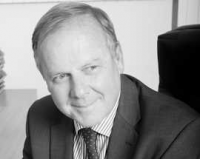 Mr James Leggate is the Senior Neurosurgeon at the Greater Manchester Neurosciences Centre. Appointed in Manchester in 1989 he has practised privately at BMI The Alexandra Hospital since 1990.
Mr Leggate trained in London and Edinburgh and is currently the Senior Neuro Oncology Neurosurgeon in Manchester specialising in brain tumours. He also has an extensive spinal and general neurosurgery practice.
Mr Leggate was recently Chief of Surgery and Associate Medical Director for the Surgical Division at Salford Royal NHS Foundation Trust. He has served on the Counsel for the Society of British Neurological Surgeons and was the National Officer for the British Paediatric Neurosurgical Group.