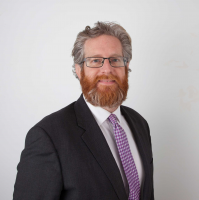 His sub-specialty training in colorectal surgery, with an interest in minimally invasive and laparoscopic techniques, including a post-CCT laparoscopic fellowship, was spent at Frimley Park Hospital and Royal Surrey County Hospital, Guildford.

He was appointed as a Consultant General and Colorectal Surgeon with an interest in minimally invasive surgery at Epsom & St Helier University Hospitals NHS Trust in November 2011.