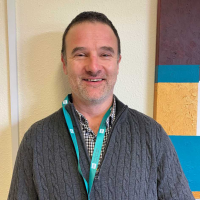 Qualified 1995 from Cardiff.
Appointed as Consultant in Hywel Dda in 2008.
Lived in Carmarthenshire for more than 25 years.
Married welsh with three children and several horses!
Practicing at Werndale hspital Carmarthen since 2013