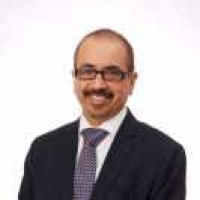 I qualified as a doctor in India and have trained in Psychiatry in India and the United Kingdom. After completing my higher psychiatric training at the Royal London Hospital training scheme I have worked a consultant for the last 19 years. Since 2005 I have worked as a Consultant Psychiatrist in Hertfordshire in Welwyn Garden City. I am a Fellow of the Royal College of Psychiatrists.

I have a keen interest in teaching and training and have been teaching on the University College London MRCPsych training programme for the past 21 years. I am a Clinical Tutor with an active interest in teaching and training. I have also contributed two chapters to a popular textbook of Psychiatry, currently in its third edition. I have also been a college examiner for over ten years. I routinely give talks to GP colleagues on management of mood and anxiety disorders.

I believe that a positive therapeutic alliance is paramount and the key to successful outcomes and is best developed by a collaborative approach. In addition, management needs to be holistic - combining psychological and pharmacological treatments.
I provide Consultations at Spire Harpenden Hospital, The Priory North London Southgate as well as BMI The Cavell in Enfield. I have admission rights at The Priory Southgate