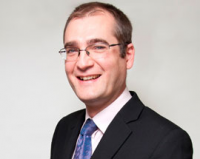 Martin is a friendly approachable expert vascular surgeon who has introduced many keyhole vascular techniques to enable effective and convenient treatment for his patients. He has been in independent practice for 10 years and is the Clinical Director for The Birmingham Vascular Centre, one of the largest vascular units in the UK. He is also an Honorary Senior Lecturer at Birmingham University and a member of the Vascular Society of Great Britain & Ireland (VSGBI) and the British Society of Endovascular Therapy. He trained exclusively in vascular surgery including periods of dedicated training in endovascular (keyhole) surgery in the UK and Australia together with the award of an MD from Birmingham University for vascular research. He travels widely giving presentations and publications across the world and remains active in research, contributing to vascular trials and submitting papers for publication.

Originally from London, Martin was appointed as a Consultant Vascular and Endovascular Surgeon in Birmingham in 2011. He looks forward to seeing patients in a number of locations in Edgbaston and Solihull and is ready to offer walk in walk out treatments for patients with varicose veins including foam sclerotherapy and RFA. He is an internationally recognised expert in the treatment of patients with vascular disease, offering cutting edge endovascular treatment for patients with these conditions.