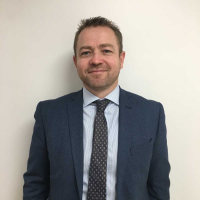 Ben Sherwood qualified from Nottingham Medical School in 1998 and completed his surgical training in the Trent region. In 2002, he was awarded a scholarship from the British Urological Foundation and undertook a two-year research program into bladder cancer, leading to the award of his MD.

Ben then spent a year in the urology department at Auckland City Hospital, New Zealand. He returned to complete his higher urological training in the East Midlands. In 2010 he obtained a fellowship in Western Australia, where he continued to develop his sub specialist interest and expertise in laparoscopic urological cancer surgery.

Ben was appointed as a Consultant Urological Surgeon at Nottingham City Hospital in 2012. He regularly performs robotic prostatectomy and minimally invasive cancer surgery for his private and NHS patients. In his capacity as a cancer surgeon, he is involved in training the next generation of urologists and chairs the Uro-oncology multidisciplinary team meeting. He is the author of numerous publications and book chapters. Ben is married and has two children. In his spare time, he enjoys following his interests in rugby, music and running.