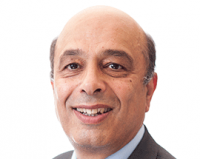 Mr Nick Nicholas had been a consultant gynaecologist and obstetrician at Hillingdon
Hospital NHS Trust since 1988 and retired in October 2016. He trained at Guys Hospital, London and qualified in 1977. Mr Nicholas has extensive training and experience in gynaecological cancers,colposcopies, urogynaecology and varied knowledge in gynaecology and obstetrics.
Having studied various medical degrees, Mr Nicholas also has a law degree, with a
particular interest in medico legal issues such as consent and confidentiality. Mr
Nicholas has continued this interest as an honorary senior lecturer in medical law and
ethics at Imperial College, London.
Mr Nicholas has been the president of the gynaecologist and obstetricians section of
the royal society of medicine (RSM) and is now a council member. He is also the
senior examiner for the MRCOG and final MB BS exams.
Mr Nicholas was the gynae cancer lead at Hillingdon Hospital and until recently was the
gynaecology cancer network lead for North West London. He now focuses on the
London alliance - gynaecology cancer pathway group. Since retiring he continues to operate on a regular basis.

020 7580 4400 - Portland Hospital switchboard. They will contact Mr Nicholas who will then call the patient