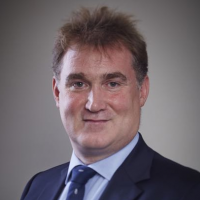 James Wilkinson has been a Consultant Interventional Cardiologist at University Hospital Southampton (UHS) since July 2011, where he does NHS lists, clinics and on-call for the heart attack service. He is the clinical lead for the acute coronary service, rapid access chest pain clinic, cardiac catheter lab user group and complex coronary service at UHS. He is also chair of the Wessex Cardiac Forum. He also does a weekly NHS clinic at Lymington New Forest Hospital, where he has been a visiting consultant 2011. He was an Honorary Consultant at Salisbury 2011-2014, where he did procedural lists twice a month.

His specialist area of interest is coronary intervention. He has an interest in complex coronary intervention including rotablation and treatment of chronic total occlusions (arteries that have been blocked a long time), for which he has set up the service at Southampton and is the clinical lead. He has an interest in radial intervention and day case work and is leading on a project to develop a new day case unit at UHS. He also has an interest in renal denervation (RDN) to treat high blood pressure (hypertension), established this service at UHS. His other cardiology interests include general cardiology, echocardiography and permanent pacemaker implantation.

James qualified in 1995 from St George’s Hospital Medical School, where he was President of the student union. He did his intercalated BSc at St Mary’s Hospital Medical School in 1994. He did his house jobs and general professional training in London, obtaining his MRCP qualification in 1999. His specialist registrar training in Cardiology was on the NE Thames rotation from 2000 to 2010, when he obtained his certificate of completion of training.

James has a strong background in Medical Education and spent a year as an Education Research Fellow at the Royal College of Physicians in 2003, where he was involved in the development of new assessment methods that are now used for doctors in training. He has taught as faculty for the Doctors as Educators programme since 2003. He has an interest in the use of simulators to train cardiologists. He is published in education and regularly peer reviews education papers. He is a Wessex Educational Supervisor and the local lead for simulation based training in cardiology. He is on various national education committees in Cardiology and regularly organises conferences and courses both locally and nationally.

James completed his sub-specialist training in intervention at two internationally renowned cardiac units, St Bartholomew’s and the London Chest Hospital. He has experience of novel ways of doing day-case work, the development of heart attack services and experience with new interventional techniques. In his final year he also did General Internal Medicine at the Royal London Hospital and dual accredited in this. He worked as a locum consultant for Barts and the London NHS Trust prior to his appointment at UHS.

James is the administrative partner for the private group Wessex Cardiology. His private practice mirrors his NHS practice. James can see private patients at either Southampton Spire or in Lymington. He does private pacemakers and angiograms at Southampton Spire. More complex procedures such as stents and PCI are done at University Hospital Southampton where a greater range of specialised equipment and backup are available

View photos of our work

02380764333 or out of hours on-call interventional cardiologist Southampton