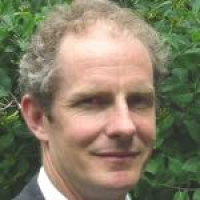 He was awarded the prestigious TWJ fellowship in 2007, and spent a year in Sydney, Australia where he further developed skills in ear, cochlear implant and skull base surgery under the tutelage of renowned experts.

When Rupert returned to London, he undertook a further period of training at Guy's in the management of the ear, skull base and parotid disease under Professor Mike Gleeson. He has since succeeded Professor Gleeson as lead of the Skull Base service at Guys hospital. He has also instituted a dedicated facial palsy and facial nerve clinic at Guys, and is part of the Auditory implant team using the latest technology to restore lost hearing.

Whilst Rupert was a student, he was a member of the British Olympic Rowing team. His crew won several world championships and an Olympic medal.

Consultant ENT and Skull Base Surgeon at Guys, St Thomas' and Kings College Hospitals, and the National Hospital for Neurology and Neurosurgery.

Editor of the Journal of Neurological Surgery Reports, widely published in Otology and Skull Base Surgery.