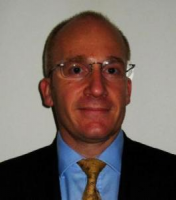 Mr Galea graduated from the University of Malta in 1995 and following his junior training in Malta he enrolled on the Specialist Registrar training programme on the North East Thames Rotation in January 2000.

He returned to the United Kingdom in 2007 and has been developing his NHS Knee practice at the Royal Free Hospital as a substantive consultant since 2011. Mr Galea has set up an Enhanced Recovery Programme for patients undergoing total hip and knee replacements with the aim to improve patient experience and enable early mobilization to improve surgical outcomes.

Education of junior doctors is crucial and he has been an ATLS instructor since 2003 and also teaching regularly on courses at the Royal National Orthopaedic Hospital on knee replacement surgery and knee arthroscopy. Mr Galea supervises MSc students during their course in lower limb Biomechanics. He is the Clinical and Educational supervisor for Foundation Year doctors during their first year of clinical practice at the Royal Free Hospital.

These figures are calculated over my NHS and private work and include elective and trauma surgery.

Arthur Galea on either: