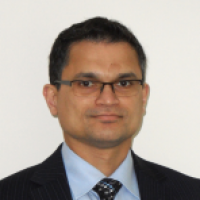 Michael Silva is a highly experienced specialist surgeon with an interest in gallbladder surgery along with surgery for bile duct, liver and pancreatic disease including pancreatitis. His practice covers all aspects of benign and malignant disease in this area
Mr Silva has been a leading Teaching Hospital General and HPB Surgical Consultant since 2009 and is the Chair for the Thames Valley Liver Cancer Multi-Disciplinary Team (MDT) in Oxford. He is the Training Programme Director for Higher Surgical Trainees in the Oxfordshire Thames Valley Deanery and is Clinical Lecturer at Worcester College, Oxford University.
Mr Silva is also the Director for Regional Surgical Networks in the UK for the Royal College of Surgeons of Edinburgh and a specialist advisor to NICE (National Institute of Health and Clinical Excellence). He is a member of the editorial boards of the British Journal of Surgery (BJS Open) and Current Surgery Reports.
Michael Silva became a fellow of the Royal College of Surgeons of Edinburgh in 2001. He had his higher surgical training in the West Midlands Deanery with extended training in liver transplantation, hepatobiliary and pancreatic surgery at the Liver Unit, University Hospital Birmingham, one of the largest HPB and transplant centres in Europe. In parallel he completed a higher degree leading up to a MD from the University of Birmingham in 2007, studying the effects of ischemia and reperfusion injury to the liver during transplantation. In 2008 he was awarded the FRCS (General Surgery) and certificate of completion of training (CCT) in 2009.

Mr Silva is lead for the supra-regional service offering total pancreatectomy and islet auto-transplantation (TPIAT) for a select group of patients with chronic pancreatitis. He also is founder and lead for the national database for Intraductal Papillary Mucinous Neoplasms (IPNB) a precursor condition leading to cholangiocarcinoma, the only such database for this condition in the World (https://ukipnb.co.uk/Login). He also set up the charitable fund Oxford Pancreas and Liver (OPAL) fund (https://www.hospitalcharity.co.uk/opal).

Mr Silva has over 80 peer-reviewed publications in basic science and surgical journals and was editor assistant for the British Journal of Surgery in 2011-2012. He is also reviewer for numerous international scientific journals and is author of many book chapters in his speciality.

Liver surgery:
Laparoscopic and open access.
Benign and malignant liver disease. This includes surgery for symptomatic liver cysts and benign tumours of the liver and gallbladder.

Malignant tumours of the liver including colorectal cancer metastases, and primary liver tumours like hepatocellular cancer (HCC) and cholangiocarcinoma.

Surgery for small bowel and root of mesentery tumours

Repair of ventral and inguinal hernias

In excess of 60 peer reviewed publications in medical and surgical journals.
3 book chapters