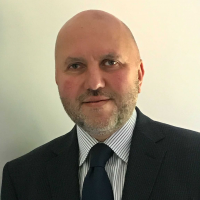 Mr Muammar qulaified from medical school in Libya in 1993 with honours and was one of the top 10 students. After doing basic training in Libya, He moved to the UK in 1997, completed his postgraduate exams. and became a member of the Royal College of Obstetricians and Gynaecologists in 2000. He trained in Manchester and Belfast before settling in the West Midlands where he completed his training in various hospitals and gained his specialist certification in 2007.
Mr Muammar has been a consultant in Obstetrics and Gynaecology since 2007 at The Royal Wolverhampton Hospitals at start then for the last 12 years at Dudley Group of Hospitals. He has special interest in fetal medicine but he practices various aspects of Gynaecology including keyhole surgery, management of period problems and chronic pelvic pain to name a few.
Mr Muammar is a fellow of the Royal college of Obstericians and Gynaecologists. He is also a senior lecturer at the Medical school, University of Birmingham and the lead of medical students training programme in Obstetrics and Gynaecology at Dudley Group of hospitals.
Some patient's reviews of Mr Muammar can be found on this link
https://www.iwantgreatcare.org/doctors/mr-basem-muammar