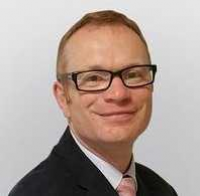 Dr Cross qualified in 1996 fro St Bartholomew's hospital medical school and underwent gastroenterology training in London and underwent liver training at Addenbrooke's hospital, Cambridge and at the Royal Free and Kings college hospital liver units in London. His research was at Kings hospital fro where he was awarded his doctorate . He became a consultant at the Southwest liver unit in Plymouth in 2009 before taking up his current post at The Royal Liverpool hospital in 2012.

He has published over 100 peer reviewed abstracts and publications including a text book on general liver disease and is due to release a book on liver cancers in 2018/19.

He is secretary of the British association for the study of the liver.

he has research interests in hepato-cellular carcinoma, kidney disease in cirrhosis, and predictors of survival in patients with cirrhosis.