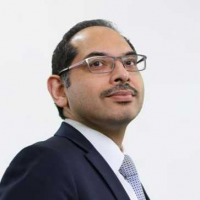 Dr Vimal Sivasanker completed his medical training at St Catharine’s College, Cambridge and St Bartholomew’s and the Royal London School of Medicine. He completed psychiatric training on the East London and Cambridge and East Anglia rotations, working extensively in inner city and rural areas treating a broad range of psychiatric disorders. He was appointed as a consultant psychiatrist in 2008 and currently works as a consultant psychiatrist in Hertfordshire.

Dr Vimal Sivasanker has an interest in neuromodulation for psychiatric disorders and is currently Vice Chair of the Royal College of Psychiatrists’ Committee on ECT and Related Treatments. In addition, he is involved in developing and revising national standards for these services and conducting peer reviews. He also has an interest in medical education and has written on this and developed training competencies for the College, as well as delivering training at local, national and international level.